What has happened to Mexico in the past 20 years to bring it to its current, chaotic situation? It is, simply, Mexico’s relationship with the United States, which is mixed at best, but it can also be horrid.

Although Mexico has seen some improvement for its once erratic economy with the initiation of the North American Free Trade Agreement (a treaty initially proposed by Mexico), and it still has strong support there, it is not true free trade. Both the United States and Mexico, for example, still engage in protectionism in sectors such as agriculture.

As a result of American farm subsidies, in particular, many Mexican farmers can no longer compete, leading to massive unemployment in what was once a large segment of the Mexican economy (corn, wheat, cotton, soy, and rice). Couple this with the American “War on Drugs,” particularly marijuana in this instance, and the United States fostered the development of a Mexican “narco-state.” 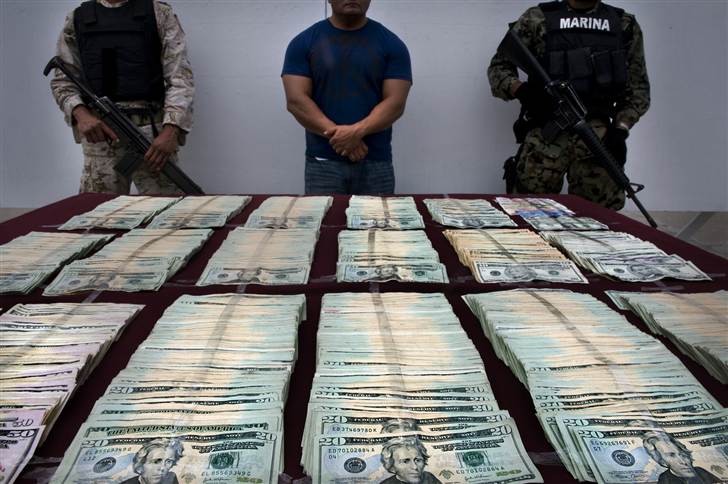 With the never-ending demand for recreational “drugs” such as marijuana, and a prohibition against their legal sale in the United States, a black market, which is unregulated and often violent, would inevitably spring up, and indeed it did. The history is exceedingly easy to trace, with initial black market supplies of these drugs coming from Colombia primarily.

But, like a weed that has had the top cut off, the demand in the United States and lack of legal supply there led to the growth of a secondary supplier in Mexico. The actual root problem is the prohibition of such substances, something which American leaders continually fail to address at the federal level, even as prohibitions at the state level have begun to crumble. Just like the Prohibition of alcohol, it does not make sense to attempt to legislate or enforce “victim-less crimes” (a misnomer in itself as the populace is the victim of the state). In fact, all this does is feed the prison system.

To make matters worse, a failed United States’ program to track where weapons were being provided to black marketeer drug cartels, named “Fast and Furious,” has been an abysmal failure. It is amazing that the Obama administration is still functional after this and other fiascoes which have come to light over the past few years. The Mexican government, at the behest of the United States government, even deployed its military within its borders, only to inflame the situation.

The people of Mexico are fed up. The federal governments of Mexico and the United States are missing the point.

The governments of both Mexico and the United States are moving in the exact wrong direction from what would seemingly be an easy issue to solve; that is, they have become more authoritarian, attempting to hold water in their hands, only to have it slip between their fingers.

The militarization of police forces, deployment of  military within their borders, restriction of free trade, and the needless imprisonment of drug users (which does little to rehabilitate, if not outright debilitate) must stop. The people of Mexico deserve better; the government of the United States knows better. End the War on Drugs today.

Invest In Cuba at Your Own Risk (of Jail Time)

Invest In Cuba at Your Own Risk (of Jail Time)