Home » Hunger Strike for Human Rights in the Bahamas: Placing It in Context

Hunger Strike for Human Rights in the Bahamas: Placing It in Context 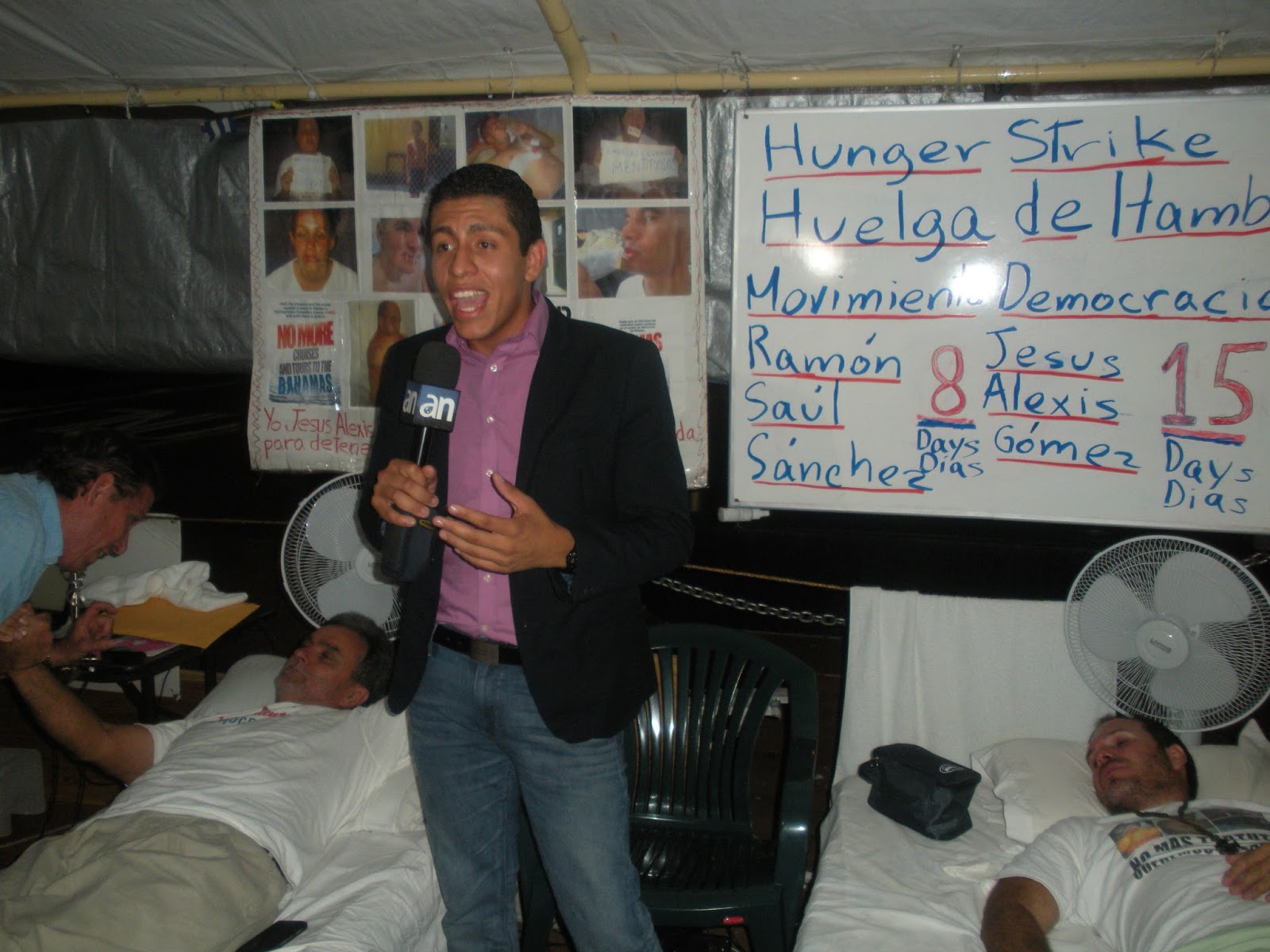 The Bahamas and Cuba officially established diplomatic relations on November 30, 1974, but almost thirty-nine years later, relations are anything but normal. This is because the government in Cuba is not a normal government but a totalitarian regime, and this has real consequences in the relations between states on matters such as immigration. For example, Mexico is a democracy, with problems and challenges, but the government is answerable to Mexican citizens and there are competitive elections.

Contrast the Mexican example with what the dictatorship in Cuba does to those Cubans who leave “illegally.” The regime has engaged in massacres of Cuban migrants seeking a better life abroad, sinking the tugboat “13 de Marzo” with sand bags and snipers on defenseless swimmers. The Cuban government also lobbies to end advantageous laws for Cuban migrants such as the Cuban Adjustment Act.

This leads us to the situation in the Bahamas, where there are credible allegations of abuse against undocumented Cuban migrants. Since the Cuban government does not represent the interests of its citizens, as Mexico and many other countries do, the responsibility has fallen on the Cuban diaspora to stand up for undocumented Cubans suffering abuse in Bahamian detention.

The mistreatment of undocumented migrants in the prisons of the Bahamas is not only limited to Cubans and Amnesty International has ample documentation on what goes on there. Fifteen days ago, Jesús Aléxis Gómez, outraged at the ill treatment of these Cuban refugees, initiated a hunger strike, and eight days ago, following a failure in negotiations with the Bahamian consulate, Ramon Saul Sanchez joined the hunger strike.

Initially the hunger strike was held in downtown Miami at the Torch of Friendship, but this past week it was moved to Little Havana to Calle Ocho and 13th Avenue at the monument to Bay of Pigs Veterans.

The failure of the Cuban government to protect its citizens who are being mistreated in the Bahamas is just another example how normalizing relations with a totalitarian dictatorship leads to all sorts of abnormalities. Meanwhile on a side street from Calle Ocho in Little Havana two courageous men put their lives on the line in defense of their fellow country men. They are mobilizing public opinion in Miami and the press is increasing its coverage of their plight, as the days go by and the risk to their health increases.

Let us pray that a just agreement can be reached before it is too late.

John Suarez is a human rights activist who has spoken before the United Nations Human Rights Council on several occasions. He is a specialist on the human rights situation in Cuba. John hosts the blog Notes From the Cuban Exile Quarter. Follow him on Twitter @johnjsuarez.